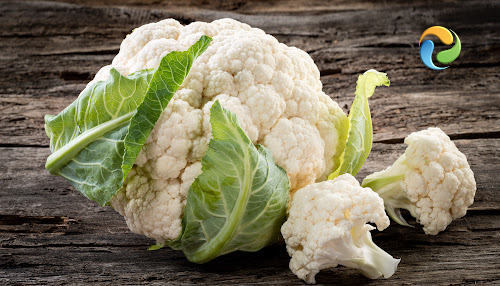 With the rise of low-carb, ketogenic, and Paleo diets, cauliflower has become increasingly popular. This veggie is versatile, non-starchy, and contains a lot of fiber and other beneficial nutrients. Whether you eat it raw, roasted, or riced, cauliflower offers a lot of bang for your nutritional buck.

Nutritional Facts: The following information is provided by the USDA for one cup (107g) of raw, chopped cauliflower.

Carbs: Like all vegetables, cauliflower is a carbohydrate. But it’s the non-starchy, complex kind, with lots of fiber and low amounts of natural sugar. One cup contains about a sixth of the carbs as the same amount of cooked pasta or rice, so it’s a great option for people with diabetes or people who are otherwise watching their carb intake.  There is little research on the glycemic index of cauliflower, but it is assumed to be low because cauliflower contains slow-to-digest complex carbs instead of blood-sugar-spiking simple carbs.

Fats: Cauliflower has only a trace amount of fat and is cholesterol-free.

Protein: Cauliflower has a minimal amount of protein. You should include other protein sources in your diet to meet your daily needs.

Vitamins and Minerals: Cauliflower is a good source of folate, a B vitamin that’s needed to make DNA and other genetic material, as well as for your cells to divide. It’s also an excellent source of bone-optimizing vitamin K and immune-enhancing vitamin C.

Health Benefits: Thanks to these micronutrients, antioxidants, and fiber, cauliflower helps keep the body healthy and prevent disease.

Helps With Healthy Weight Management: Cauliflower delivers a healthy dose of fiber, which provides a slew of benefits. Increasing your intake of dietary fiber can help you maintain a healthy weight as well as lower your risk of heart disease, diabetes, and some types of cancer.

Reduces Heart Disease Risk: Research published in 2016 suggests that a diet rich in cruciferous and leafy green vegetables may reduce the risk of cardiovascular disease.

Heals Oxidative Stress: Like other fruits and vegetables, cauliflower is rich in antioxidants. These compounds help repair cells and protect them from inflammation, which can lead to chronic illness.

May Help Protect Against Some Cancers: Cruciferous vegetables like cauliflower also contain a group of substances known as glucosinolates, which are sulfur-containing chemicals that are responsible for the pungent aroma and bitter flavor of cruciferous vegetables. These chemicals also break down to form compounds that research has shown may help protect against several forms of cancer.

Allergies: Allergic reactions to cauliflower aren’t common, but they have been reported occasionally in the medical literature. Some people who are sensitive to other Brassica vegetables (such as cabbage and broccoli) may also react to cauliflower. If you think you’re allergic to cauliflower, avoid eating it and talk to your doctor to determine the source of the problem.

Adverse Effects: Those with thyroid problems should avoid eating large amounts of cauliflower and cabbage, as they both interfere with the body’s absorption of iodine, which is needed by the thyroid gland.

Cauliflower is also high in FODMAPs (fermentable oligo-, di-, mono-saccharides, and polyols, which are types of carbohydrates). People with irritable bowel syndrome (IBS) and Crohn’s disease may find that their symptoms worsen when eating high-FODMAP foods, including cauliflower.

Varieties: Once strictly a white vegetable, you can now find green, orange, and purple varieties of this cruciferous cousin of broccoli and Brussels sprouts. While overall nutrition is similar in each of these varieties, the types of antioxidants present can vary. For example, yellow or orange cauliflower contains more beta-carotene than white cauliflower, and purple cauliflower also contains anthocyanin.